Thank you for using the FJC Competitive Edge Resource Center. Here you will find everything you need to know for upcoming and past workshops. With this site you can:

With the generous support of the Gottesman Fund, Foundation for Jewish Camp (FJC) is establishing a new initiative – The Competitive Edge – designed to provide expertise and financial support to an initial cohort to plan and implement new specialty tracks in their traditional Jewish overnight summer camps to launch for summer 2019.

The lack of Jewish specialty options has driven many parents and their children to choose from among the many available secular summer programs.  To successfully recruit and retain new camper families, Jewish camps must invest in talented specialty staff, innovative specialty programs, and high-quality facilities and equipment.

Based on the success of the specialty camp programs established through the Specialty Camps Incubator and Accelerator, FJC seeks to expand its model to traditional Jewish camps with the goal of helping Jewish overnight camps increase their competitiveness. The three-year program provides camps with an opportunity to build or upgrade program facilities and equipment, develop cutting-edge program designs infused with Jewish experiential education, and create marketing materials and recruitment methods in order to both expand existing markets and reach new segments of the camp market who seek specific specialty camp programs.

Jay Frankel is the Lead Trainer for the Competitive Edge. He oversees the workshop curriculum development and training programs. Jay is a highly regarded consultant to summer camps and schools throughout North America. Camps benefit from his expertise in areas such as organizational development, transitions, leadership development, coaching, and performance management. In addition to his work with the Incubator, Jay has served as the lead consultant for numerous FJC institutional strengthening programs in Montreal, New York, and California. He was the lead faculty for ELI – The Executive Leadership Institute and Yitro, an FJC program that develops Assistant Camp Directors. Jay is the founder and president of True To Life Training and is very proud of his work with the Foundation for Jewish Camp. He feels fortunate to have the opportunity to elevate the field of Jewish camping.

Prior to starting True To Life Training in 1999, Jay worked with Gap Inc., where he was responsible for management, sales and leadership development in the Northeastern United States. Leaving Gap to become the Director of Training for Viacom Inc., Jay played a key role in the creation of a new division of the company, which merged all the core brands of Viacom, including MTV, Nickelodeon, and Paramount Pictures, into one business concept. Today, with a team of content specialists and actor-facilitators, True To Life Training develops innovative training solutions for all levels of staff and college students. Their ability to illustrate realistic answers to the challenges of working with children, teens, and adults makes their training a truly unique experience. 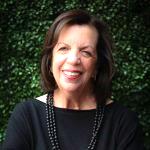 As the Director of New Camp Initiatives, Michele serves as FJC’s point person for all new camps and camps in crisis. She is the creator and director of FJC’s Incubator program, which launched five new camps in 2010 and opened four additional camps in 2014. Michele also created the Day Camp Incubator which launched 5 camps in the New York metropolitan area in 2015. Since joining FJC in 2005, Michele was instrumental in the opening of an additional seven Jewish summer camps. As a long-time camp professional, Michele has provided consulting support to more than 20 struggling camps, enabling them to achieve financial success and sustainability. Her camping roots run deep in both traditional and specialty camps; for 30 years, Michele was the owner of a family-operated business, pioneers in the operation specialty camps for teens on university campuses across the United States.

Michele’s nonprofit experiences focus on another of her lifelong passion – forming and developing new nonprofit organizations focusing on youth development. For more than 20 years, she served as a board member and officer of the American Camp Association in New York (ACA-NY). There, she was a founding Steering Committee member and chaired the Tri-State Camp Conference, the world’s largest conference for camping professionals. A founding board member and past president of Project Morry, a nonprofit summer camp and year-round youth development program, Michele is also past president of the Ben Appelbaum Foundation, an organization that mentors emerging entrepreneurs.

In recognition of her work on behalf of children in need and the ACA, Michele has received many regional and national awards.

Michele holds a Master of Arts in Special Education Administration from Columbia University.

Rebecca is the Director of Field Expansion at Foundation for Jewish Camp. Since joining FJC in August 2010, she has worked One Happy Camper, a program designed to increase the number of children attending Jewish camp by developing meaningful connections between the Jewish community and the diverse field of overnight Jewish camps. In her position, she manages the day-to-day activities of the OHC program and partners with local Jewish federations/foundations to support their local OHC program and their camping initiatives. In addition, Rebecca spearheads FJC’s engagement Initiatives, the Building Loan and Competitive Edge programs.

Prior to joining FJC, Rebecca worked as the Director of College Programs at Jewish National Fund for six years where she created JNF’s signature Alternative Break to Israel program; a week-long immersion trip for college students and young adults. She spent nine summers at Camp Ramah Berkshires, both as a camper and staff member and is currently the President of the Alumni Association. Rebecca graduated from Tufts University in 2003 and has an M.A. in Public Administration and NonprofitManagement from the NYU Robert F. Wagner School of Public Service.

Michael Mellen is a sought after speaker, trainer, facilitator, and consultant. Ordained as a rabbi in 1998, he has served as Director of NFTY – the North American youth movement of Reform Judaism’s 900 congregations, as a congregational rabbi and educator at Temple B’nai Shalom in Fairfax Station, Virginia, and as a consultant, educator, and advisor with a company he founded, Jewish Youth Works. Michael serves as a consultant and coach/mentor for several programs of the Foundation for Jewish Camp, including the Jewish Coaching Project and the Specialty Camps Incubator Program.

With many years of experience speaking with, counseling, and working with thousands of youth, teens, and adults in camps, synagogues, and communities across North America, he has addressed topics ranging from social justice and spirituality to values focused strategic vision and from bullying to living your best life.Michael brings a background in staff training and youth programs, as well as years of experience with youth camping, family camping, and community teen programs. He serves as mentor for several Jewish camps through FJC programs and projects.

Along with rabbinical ordination from Hebrew Union College (HUC-JIR), Michael received a B.A. in English Literature from the University of Michigan and a Masters in Hebrew Letters from HUC-JIR. He is certified in and experienced with the Myers-Briggs Type Indicator (MBTI), as well as certified as a facilitator for the Prepare-Enrich program of Life Innovations, Inc. Michael plays a mean game of Simon Says with children of all ages and adults.

Michelle Shapiro Abraham, MAJE, RJE, has served as the Jewish Education Consultant for the FJC Specialty Camp Incubator since its inception and has supported all of the camps in developing meaningful, integrated, and relevant approaches to Jewish learning and living. She also is a mentor for the FJC Hiddur Program, mentoring camp staff and directors to enrich and expand Jewish life at camp.

For over twenty years, Michelle has worked in the field of Jewish education as a synagogue educator developing curriculum, as well as siddur and children’s book author; she is a highly recognized camp and organizational consultant and professional speaker. In addition to her consulting work with the FJC, Michelle serves full time as the URJ Director of Learning and Innovation (Youth) where she develops new programming and strategies for NFTY, camps, and other youth engagement programs.

At home, Michelle is the mother of Avital (17) and Ezri (13) and the wife of Rabbi Joel Abraham of Temple Sholom in Scotch Plains, NJ. In her free time, Michelle enjoys pottery, cake decorating, baking bread, and watching television on the couch with her family. Michelle is a proud recipient of the 2015 Covenant Award for Excellence in Jewish Education.

Below are all relevant documents for our workshops. For a full schedule of all Competitive Edge workshops, please view our calendar.

The Honeymoon Is Over

Here you will find general information and resources for the Competitive Edge, such as reimbursement forms and logos. Please submit all forms to Amy Bravman (amy@JewishCamp.org).

When filling out reimbursement forms, please keep in mind the following:

Submitting everything in one email ensures nothing gets lost.

Camps are expected to acknowledge support from the Foundation for Jewish Camp and The Gottesman Fund in all promotional & press material and on its website.  In addition, camps should indicate the FJC and The Gottesman Fund support and funding for this grant in all written materials and at events relating to the program.  Please acknowledge this funding in all print and electronic marketing and communications, advertising, publications, press releases, flyers, banners, newsletters, invitations, speeches, etc. relating to your specialty program.

All Competitive Edge Workshops will take place at: