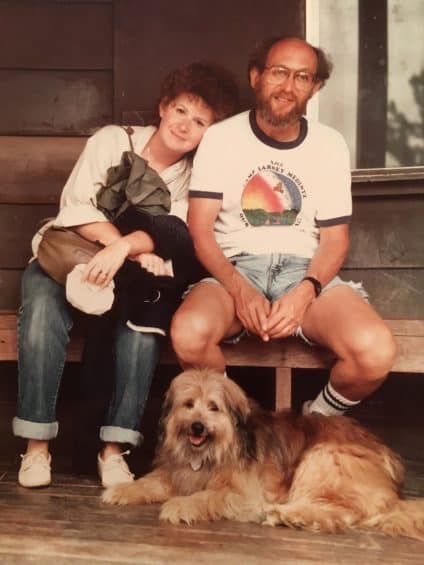 We met in 1965 at camp. Ronnie was working in the infirmary, filling in for someone the 2nd session of camp. I was the Waterfront Director and came into the infirmary for medical treatment. It was love at first sight.

When camp ended – I went home to Pittsburgh. She went back to Atlanta.

Camp has had a major influence on our lives. If I hadn’t worked at CBM its first summer, 1963, and continued to work the following 23 summers – and if Ronnie hadn’t joined the staff in 1965, we would never have met. Our lives would be totally different. We spent close to 20 summers at CBM together. The majority of our friends were campers and staff at camp. Our daughter, Farin, spent her first summer at camp when she was 6 months old and continued her camping days till she was a JIT. Through our camping days, we both worked at the JCC and continued to work in the summers at CBM. My 16 years as CBM Director led directly to my role in developing and Directing Camp Twin Lakes.