where did you meet?

Paul and Margy met at URJ Kutz Camp in the summer of 1967. It was the summer between both our junior and senior year in high school. Paul lived in Dallas, TX, while Margy lived in San Diego, CA.

Was it love at first sight?

Yes, it was ‘love at first sight! We met on the first day of camp and spent all of our free time together. In retrospect, neither of us remember anyone else we met at camp.

When camp ended and we both went to our respective homes, we kept in contact through letters and phone calls for the remainder of the summer. During one of those phone calls, we found out that Paul was best friends with a cousin of Margy’s (Bobby) in Dallas, but when school started, our communication ended.

After graduation, and some college, Paul got married and moved to Houston, but some years and two daughters later, Paul found himself divorced. Margy also attended some college after graduation and then got a job with Pacific Southwest Airlines, later moving to Pittsburgh, during the USAirways merger.

How did you finally end up together?

Fast forward to 2013, Paul reconnected with his buddy, Bobby. During lunch and a golf game, it came up that Paul’s brother lived in Pittsburgh and that’s when Bobby mentioned that Margy also lives in Pittsburgh. After that, we reconnected and started dating. Camp has provided us the groundwork of our relationship and on February 25, 2018 we were married!

Our ‘Save the Date’ card included a picture of us from camp, in 1967. Paul’s daughters gave us a box of memorabilia from Kutz camp. 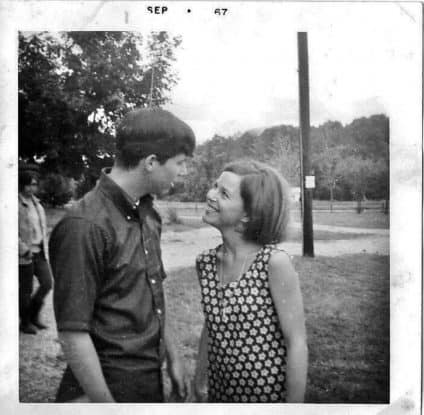 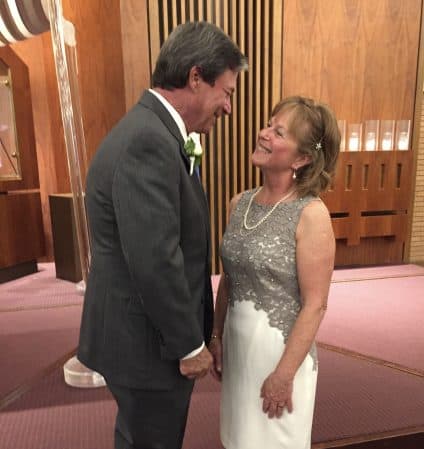