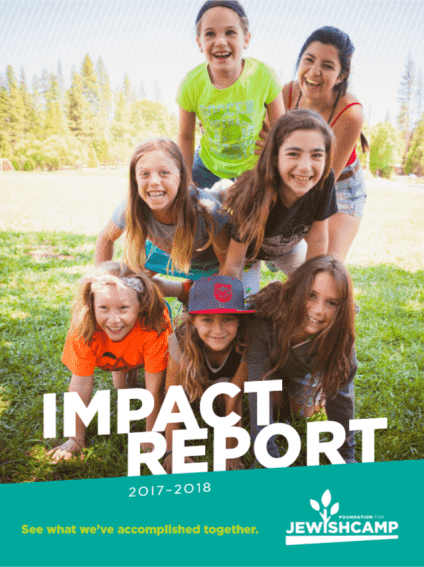 The positive impact of a summer at Jewish camp isn’t limited to a single camper for a single summer – it is year-round and lifelong, ongoing and unlimited, elevating families, synagogues, college campuses, and communities. Thanks to the generosity of so many people like you over the last twenty years, Foundation for Jewish Camp (FJC) has been able to invest in, advocate for, and foster Jewish camp and its growth – and in doing so, help shape a more vibrant Jewish future. 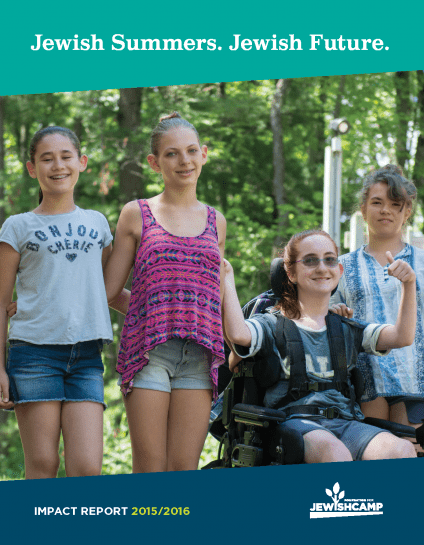 In 2016, Foundation for Jewish Camp (FJC) celebrated its 18th year. The engagement and generosity of our supporters allowed FJC to continue to provide the leadership and innovation to fulfill the mission of building a strong Jewish future through transformative summer experiences. Through the support of the community in 2015/2016 we were able to invest in leaders, amplify Jewishness, and expand the field. The focus for the 2015/2016 Impact Report was the Leadership Pipeline, 21st Century Jewish Life, and Jewish Day Camps. Our foundation is proud to work with 150+ day camps and 155+ overnight camps. These camps provide nearly 200,000+ campers, teens and college-age counselors the experience of Jewish camp. 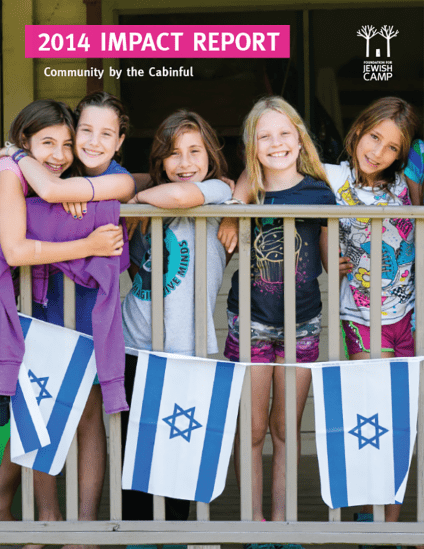 In 2014, Foundation for Jewish Camp was able to truly advance the field of Jewish camp and expand its impact on the community – by providing campers with the opportunity to create Jewish memories for a lifetime and to build the necessary skills to become our future Jewish leaders. We are proud that in 2014 77,000+ campers and 11,000+ college-aged counselors benefited from the magic of Jewish camp. Cumulatively, over the past 5 years, we have helped provide over 420,000 overnight camp experiences, introducing over 180,000 new campers to joyous Jewish summer experiences. 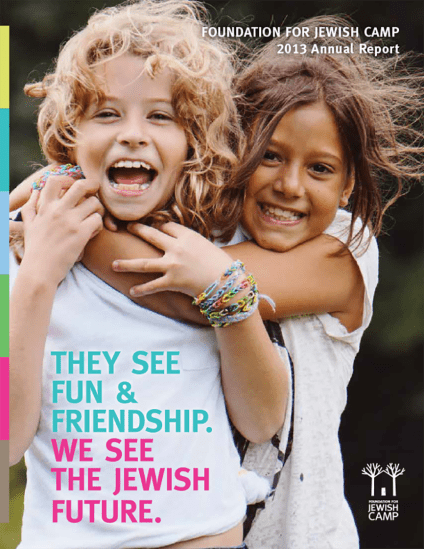 Over 15 years ago, Foundation for Jewish Camp (FJC) was created to ensure that more kids benefit from the unparalleled experience of Jewish camp. In summer 2013, Jewish camp was home to more than 75,000 campers, a 3% increase from 2012. The joyous Judaism that camp inspires helps break down the barriers and silos which separate us from one another, providing a powerful example for the entire Jewish community. As we reach the halfway point in our five-year Strategic Plan, we are accessing our achievements and adapting our goals, focusing on three major initiatives: inclusion, affordability, and innovation. 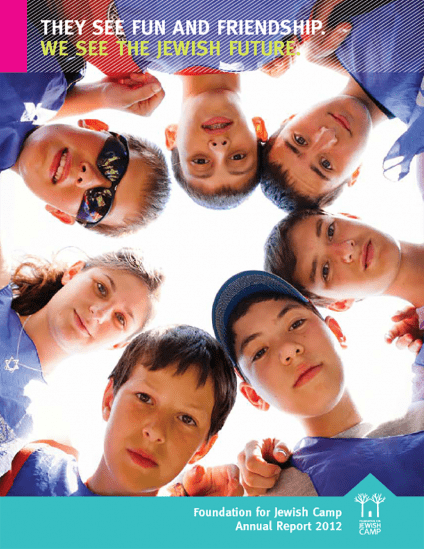 FJC strives to make Jewish camp available to as many children as possible, and in summer 2012, Jewish camp was home to more than 73,000 campers, a 3% increase from 2011. The joyous Judaism that camp inspires helps break down the barriers and silos which separate us from one another, providing a powerful example for the entire Jewish community. Similarly, through the multiple approaches we have taken to making Jewish camp more accessible and appealing, FJC has brought together disparate camping entities to create a field that now stands at the apex of the Jewish communal agenda.

LEARN HOW WE DID IT